The woman had dark hair, silvery eyes, and a coy but distant smile.  Her diaphanous gown didn’t leave much to the imagination but he’d never been interested in elven women, not even pretty ones like this.

Her tent had been hard to find, he’d stumbled around the lower section of the city for hours now, drunk and angry before he’d finally seen the bright blue artists mark he’d been looking for.  Stupid town, it was too crowded if you couldn’t find a simple shop, even if you were too tipsy to walk straight.

He’d left his ranch to come here and mine for gold but all the gold he’d found he’d had to spend on tools, and food, and booze to forget how much he’d given up.  He missed the sky.  He missed it so much.

The woman coughed politely at him.  He scowled furiously at the floor trying desperately to remember what it was he had been looking for.  A relic?  A letter?  A sign?  That was right, he’d been looking for a sign.  A sign that something mattered.  That he had a meaning.

A delicate eyebrow raised and the smile widened.

Where?  Where.  He didn’t want it delivered to his tent, he wasn’t sure in his condition that he could even find his tent.  How many kegs of dwarven whiskey had he finished?  He wasn’t sure, but even his tusks were swimming in the brew.

She honestly giggled at that.  His face turned bright red and he felt his anger rising.

She bowed covering her face and said to the floor in a twinkling tone, “My apologies Sir, I didn’t mean to offend, you certainly aren’t paying me for that.  No, indeed you are paying me for something else all together.  Now shall we get started on your sign?”

She swept aside the curtains, purple curtains covered in stars, and some kind of flying thing.  “This way sir, this way,  lay on those cushions while I gather my tools.”

He stumbled into the room, barely able to stand and forced to use his sword to hold himself up.  The room spun, and the lamp in the middle of the room looked silvery, like the moon.  He fell down on his back staring upwards and watched the purple stars spin round and round, like the night sky.

Huh, he thought, how long has it been since I’ve seen the sky all empty and clear like that?  It was his last thought as the room grew dark and he slipped asleep.

A bright piercing and painful light pierced his eyes through his eyelids.  He coughed and a boot kicked him hard in the ribs.  His eyes flew open.

That, in retrospect was a mistake.  A painful one.  The pounding hangover added to the searing brightness and split his skull like a cleaver through cows tongue.

“Get up you lazy drunk.”

Something blurred towards his ribs but this time he was angry.  He caught it in one hand and pulled, the kicker went down and he popped up grabbing his sword and blinking bleary eyes.  The tent that had been draped over him slipped off and he realized he was naked.  Someone snickered.  Then behind him came a squeal of uncontrolled laughter and surprise.  He spun around glaring and looking for a target.  The men who had been kicking him burst out in raucous guffaws.

“Holy hell Jim will you look at that?!”

He spun back weapon raised to find the men rolling on the floor, again behind him laughter increased and a woman’s voice called out, “Look at it’s ass!”

A cold feeling ran through him as he realized it was him they were laughing at, and colder still as he tried to remember where he was.  Peering over his shoulder, he stared down at his naked hairy green butt.  Except, it wasn’t quite hairy anymore, someone had shaved it.  And it wasn’t entirely green anymore either.

Directly in the middle of his lower back was an enormous bright purple butterfly tattoo.  So bright it was almost glowing.

He felt his face go pale.  The shock on his face must have been visible because the laughter redoubled, people were laying on the ground trying to breathe they were laughing so hard.  He grabbed the tent and wrapped it around him and started to try and make his way, well anywhere.  Only the tent was still attached to a few stakes and he tripped and fell face first into the mud, his bright purple butt proudly sticking into the air.

Chokes of laughter increased and that was it.  Dignity was gone, forever.  He started running and didn’t stop running until he was miles outside of town into the woods.  He ran into a bear and took out all of his frustration on it.  That night, under a badly cleaned stinky bear pelt full of holes from his angry chopping he shivered next to a fire he had barely scraped together and made plans to go.  To travel anywhere that never heard of here, of this stupid town and it’s stupid people.

He’d found purpose, he guessed, to get as far away from this story as possible. 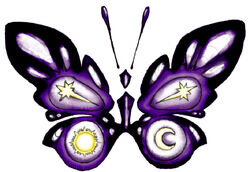